The "ugly" 4 window view of the default vimdiff configuration can scare you out even if you were using Vim for a while. It's just too much information for most of the common merge cases.

How to configure vim or nvim (Neovim) with git to get a comfortable merge tool experience? 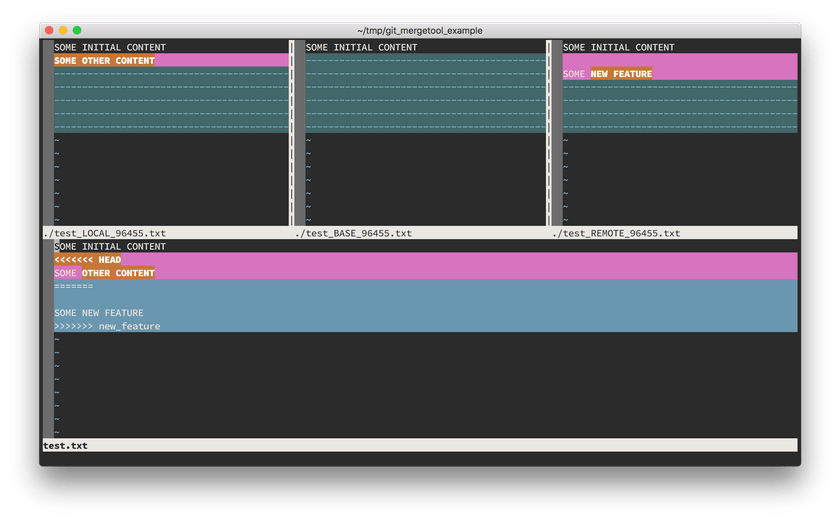 Thanks @Kristijan for sharing updated cmd version for the latest vim-fugitive plugin.

It will give you a "nice" view with 3 windows horizontal split. 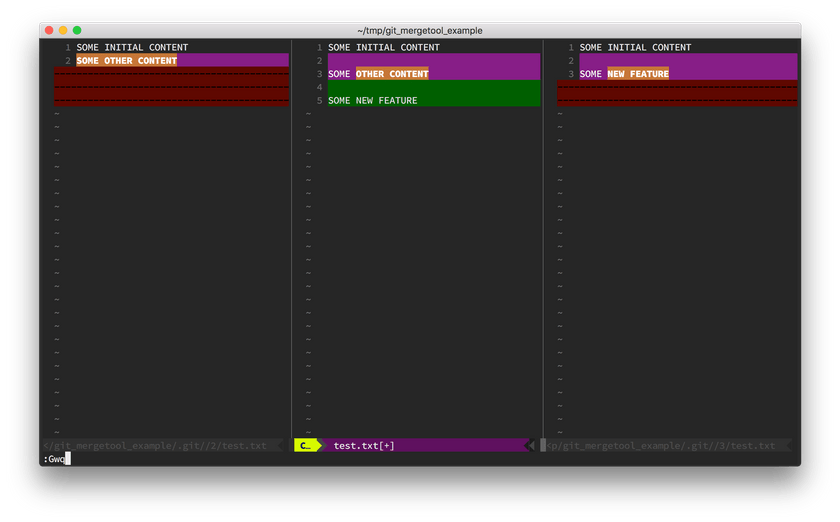 On the left side you have a current working copy (LOCAL). On the right side you can view the remote (merged) file (REMOTE). The central part of your screen shows a result (MERGED).

What is good about that setup (and why I use it all the time)?

You may execute :Gw! command in any of the opened windows. The window where you execute that command will be committed and marked as a merge resolution. It is very useful if you want to use just REMOTE or just LOCAL version without any further merge resolution steps.

Want more? When in the central window use d2o or d3o to pull changes from LOCAL or REMOTE file.

If you are using a legacy version of vim-fugitive plugin replace given CMD with its old version.

Where does it come from? Check out this tutorial if you would like to know the details